Radio Slipstream is basically me making mixes/playlists to satisfy some arcane craving to find the best songs and their best friends and put them together in a row. It is now largely defunct, but there's some good shit in here.

I put a fair amount of effort into making sure all the songs flow together real nice, especially in the "mixes", which became everything as I lost the desire to record myself saying things probably to nobody.

I also put a fair amount of effort into ensuring I never played the same song more than once. I keep the giant playlist around as a "I thought this was a real rad track that I should play on my show!" and it's good listening.

The cover art and titles are sort of free explorations of how the music of the episode "feels" in a sort of poetical slabby babby sort of way.

On CFMU, The Slipstream occupied the following timeslots:

Damon Muma is a UX loving web developer who occasionally moonlights as a writer and performer and loves indie music.

Has gone through some hilarious design changes and reorgs. In 2005 it was raw HTML; in 2007 it became Wordpress and continued that way, suffering a few redesigns when responsive web design became a thing and my eyes hurt looking at the old one. 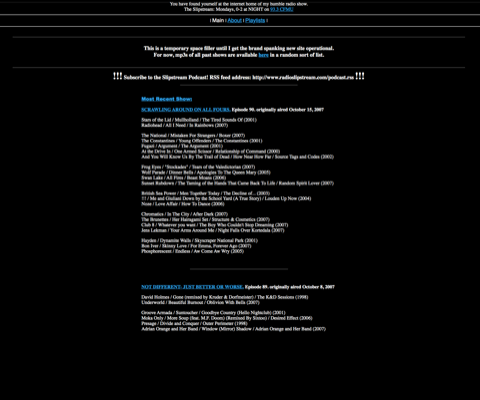 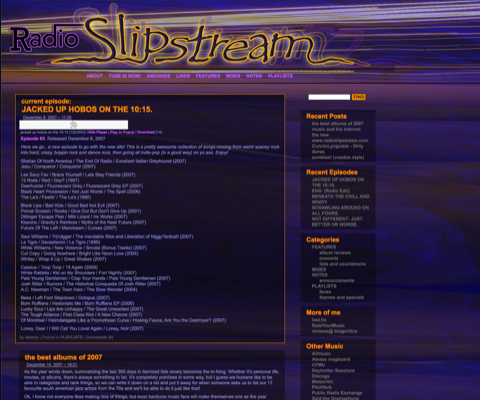 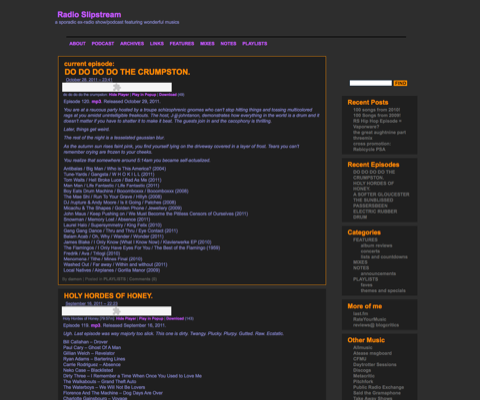 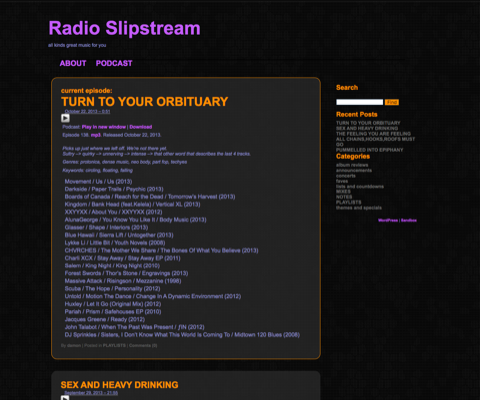 In 2020 it was rebuilt as a static 11ty site hosted for free by Netlify to save on server costs without having to call the whole thing off. The sourcecode is on Github